UCF Has More Than a Dozen Research Projects Aimed at Returning the U.S. to the Moon

When the U.S. returns humans to the Moon in the coming years, there’s a good chance that University of Central Florida research will have played a role in the return, whether from landing there safely, harvesting its resources, or training the next generation of space scientists.

The university, known for its extensive space research, currently has more than a dozen projects aimed at getting people back to the Moon safely. The projects range from reducing the harmful effects of lunar dust to protect equipment and astronauts to developing robotics, flying and landing spacecraft, and mining fuel to run it all.

The work is important because the Moon can be a staging ground for future space missions, such as visiting Mars or asteroids, and its ice could be turned to water that’s used to hydrate astronauts or converted into hydrogen and oxygen as fuel for rockets.

NASA’s mission to return humans to the Moon is called Artemis and is planned to launch from Kennedy Space Center. Artemis III will be the first crewed Moon landing mission of the Artemis program and has a scheduled launch date of 2024. It will be the first time humans have landed on the Moon since Apollo 17 in 1972.

Many of UCF’s lunar projects directly support NASA’s Artemis mission and other lunar operations. These projects include:

The project will support opportunities for students to work alongside experts in robotics, materials, and flight technologies, and help train them to be critical thinkers while innovating technology and protocols needed to advance space exploration.

Raghavan says the team is currently in the process of selecting their first cohort of M-STAR fellows who will work on their Artemis-related research collaboratively with NASA centers and the commercial space industry.

A UCF team of undergraduate and graduate students is working on a year-long initiative to design, build, and test new technologies for NASA that mitigate dust or are dust tolerant.

Lunar dust is a significant hazard to the future residents on the Moon, as the tiny dust particles cling to and coat the surfaces of space suits, solar panels, and other devices, which can cause issues in both mechanical electrical systems and human health.

The UCF team’s proposal is to create a new type of material to cover the exterior of spacesuits.

The material’s nanostructure design is based on how honeybees and other pollinators can manipulate tiny pollen using both microstructures and electric fields. The researchers are also incorporating techniques from the Japanese art of paper folding, origami, to increase the material’s range of motion.

The team, advised by Lei Zhai, director of UCF’s NanoScience Technology Center and a Department of Chemistry professor, is currently working on the final testing component of the project.

They are tying together the nanostructures, the static charge, and the testing environment to see if the mitigation is a success, says David Fox ’16, a doctoral candidate in UCF’s Department of Chemistry, where he also earned a bachelor’s degree, who is helping lead the UCF team. They are also working to generate some of the final deliverables for the project, such as a working origami fabric and a glove prototype.

This mission will launch a satellite that will scan and create high-resolution maps of water on the Moon.

The project, which is under NASA’s Small Innovative Missions for Planetary Exploration (SIMPLEx) program, includes Kerri Donaldson Hanna, an assistant professor in UCF’s Department of Physics, as a co-investigator along with an international team of researchers.

Donaldson Hanna’s group is tasked with making precise measurements of lunar light to better understand the geology and composition of the Moon’s surface, and her team will be analyzing data from the satellite once it is launched.

The team is currently building instruments for the mission and discussing areas on the Moon that will be targeted for observations to understand the composition and abundance of water on the Moon as well as the minerals comprising key geologic locations.

The L-CIRiS is a thermal camera system that will be aboard a Masten Space Systems lunar lander, called XELENE or Masten Mission 1,  planned to launch in late 2023. The camera will scan the lander’s landing site and make thermal maps of the south polar region of the Moon.

These thermal images will be used to give scientists a better understanding of the composition and physical properties of the regolith and rocks directly at the landing site and to identify regions that are cold enough to retain water and other volatiles.

Donaldson Hanna is a co-investigator on the team. She and undergraduate student Adam Bedel have been working to select filters for the thermal camera so it can collect the best high-resolution images for mapping the composition of the surface around the landing site.

This project examines charged dust behavior in microgravity and tests sensors that will characterize the charging behavior of dust in a lunar-like environment. It relies on the several-minute microgravity environment provided by a suborbital flight, which is needed because the motion of the tiny grains created by the buildup of static charge is often too small to be seen when experiments are performed on the ground, in “1-g” or one Earth-gravity. The sensors are being developed to be used on other lunar missions, such as rover wheels, where they could measure the charge on dust grains in natural lunar environments.

The results can inform strategies to keep lunar dust from damaging electronics, solar cells, and mechanical equipment, and even human suits and systems during moon lunar missions.

The research, which recently flew aboard Blue Origin’s New Shepard rocket, is funded through NASA’s Flight Opportunities Program. It is led by Dove in collaboration with researchers at NASA Kennedy Space Center.

This project builds upon past experiments, which flew on the ISS and suborbital flights, that study regolith behavior in low gravity. In this version of the experiment, expected to fly on parabolic airplane flights in December, researchers will test tools and techniques for probing the surface of the Moon. The tools will be selected to represent a range of those used in future landed missions, including by human explorers.

A highlight of the program is the Research Experience for Teachers (RET), bringing local K-12 teachers into the project discussions, taking researchers and UCF students to the classrooms, and encouraging teachers to develop relevant projects for their classrooms in order to bring this active science and technology development to K-12 students around the Orlando area.

The principal investigator is Dove, who is working in collaboration with UCF Alum Akbar Whizin, now at Southwest Research Institute in San Antonio. Adam Lamee, an instructor in UCF’s Department of Physics, leads the RET portion. The project also involves graduate and undergraduate students at UCF.

This project will test and improve a laser-based sensor designed to measure the density and particle size of dust and rocks ejected by the rocket exhaust from a lunar landing.

Understanding how dust behaves on the Moon and other planetary surfaces is critical for future space exploration missions. When a spacecraft lands or takes off, the dust it kicks off could damage engines, sandblast a nearby lunar outpost, or even impact a spacecraft orbiting the moon.

A prototype of the sensor was successfully tested on a Masten Space Systems rocket in the Mojave Desert last December, and NASA has approved additional funding for more flights to continue to improve the technology.

The Eject BLAST project is building an advanced version of the Ejecta STORM sensor that uses multiple lasers and a new mathematical technique to measure dust particle sizes.

Dove and Metzger are working on the project as part of a subcontract with Truventic LLC, and the work is funded through NASA’s Small Business Innovation Research program.

The researchers anticipate the sensor will fly aboard a future lunar lander.

This project, led by Metzger, developed a cost-effective and logistically feasible way to mine ice on the moon.

The method is designed to extract ice from the moon’s surface and separate it from soil and other materials without using heavy machinery or energy-intensive thermal extraction methods.

The system was tested at UCF and used simulated lunar soil created by UCF’s Exolith Lab.

Companies are currently showing interest in developing the technology.

This project that Metzger is working on with UCF postdoctoral researcher Dhaka Sapkota aims to create a new method of building lunar landing pads that use magnetic sorting to sort the different mineral grains from each other so that a better building material can be created.

The project, which is funded as a subcontract to the Cislune Company through NASA’s Small Business Technology Transfer program, is about halfway complete, and if it’s successful may receive a second round of funding.

This invention, developed by Masten Space Systems, creates a landing pad for a rocket as it lands. The idea is that droplets of molten metal are blown in rocket exhaust so that the droplets spray on the surface and build a landing pad seconds before landing.

FSI Postdoctoral Researcher Douglas Fontes and Metzger worked on the project, with Fontes performing computer modeling to show how the droplets behave inside the rocket exhaust.

Analysis showed the concept is feasible, and researchers are looking to further mature the landing pad technology.

The exhaust from past lunar landers tended to not create deep holes in the moon’s surface due to the composition of the lunar soil, but this may change as heavier landers than used in the past arrive on the moon.

For this reason, Metzger, Dove, and Fontes, along with Masten Space Systems, are currently studying the physics of digging deep craters into the ground with rocket exhaust.

The goal of the project, which is about halfway complete, is to determine what are the controlling parameters that determine where the transition into creating deep holes occurs. Experiments range from full-scale engine tests at Masten’s facilities, to large vacuum chamber tests, to small-scale tests in the Center for Microgravity Research (CMR) Drop Tower facility to compare effects in low-gravity and 1-g.

Analyzing Videos from Past Lunar Missions

This includes analyzing old Apollo landing videos using improved methods to extract how much dust is blowing in each frame of the video so that the researchers can directly measure the erosion rate as the dust was blown out from the surface beneath the landers.

They are also supporting NASA to analyze ongoing experimental work NASA is doing in firing rockets into regolith beds, producing similar videos, to try to interpret those experiments.

The goal of the project is to help NASA calibrate the software models that they already have in order to make them more predictive of how rocket exhaust blows soil.

These research projects are but a snapshot of the space work done at UCF. As the new space race continues, there will be much more space research at UCF to come as well as more opportunities for students, researchers, and collaborators to become involved. 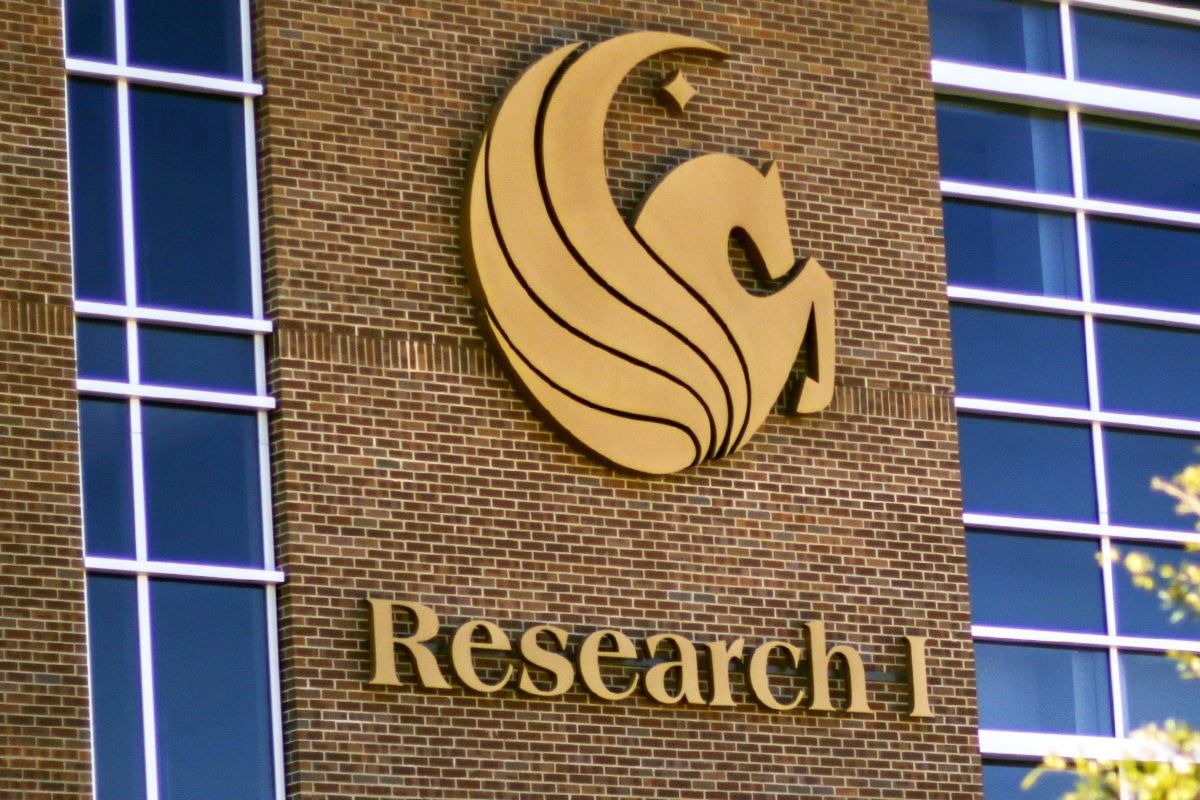 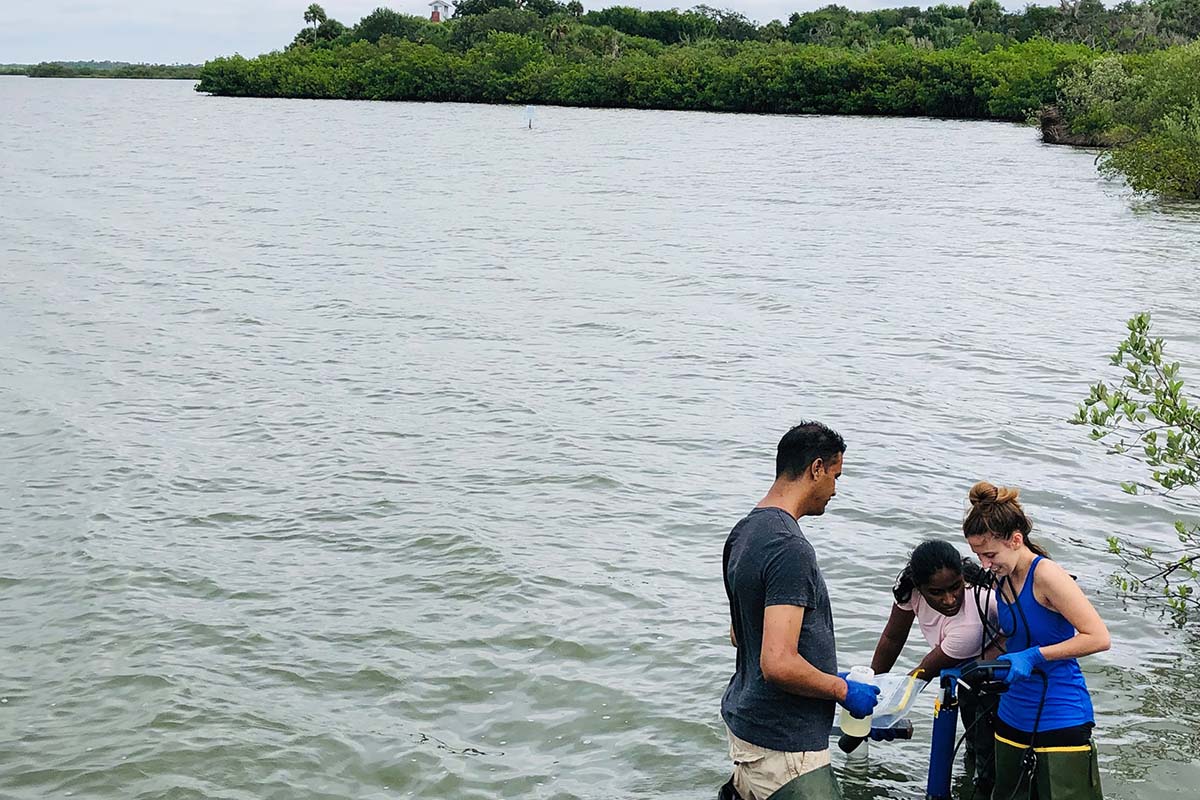 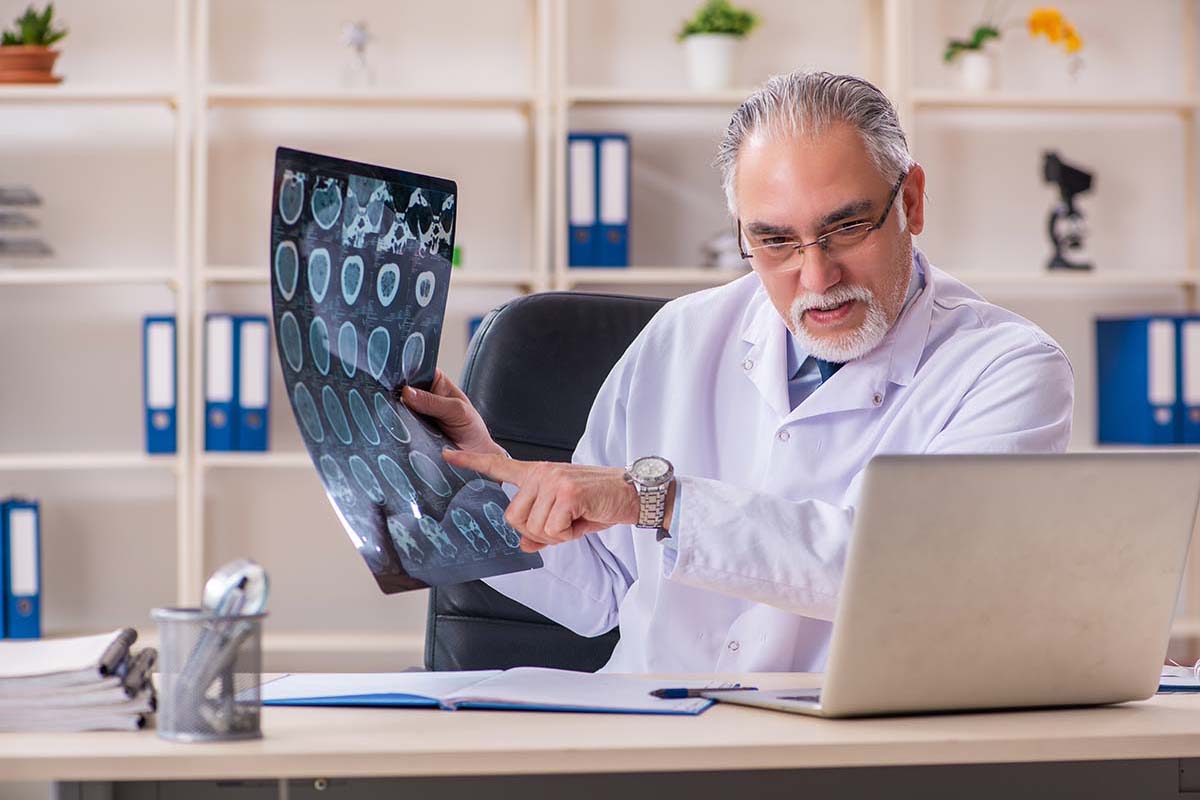 Telehealth offers the convenience of remote consultations with healthcare professionals, which aids patients who live far from their physician’s office or who may have trouble traveling. It’s also become even... 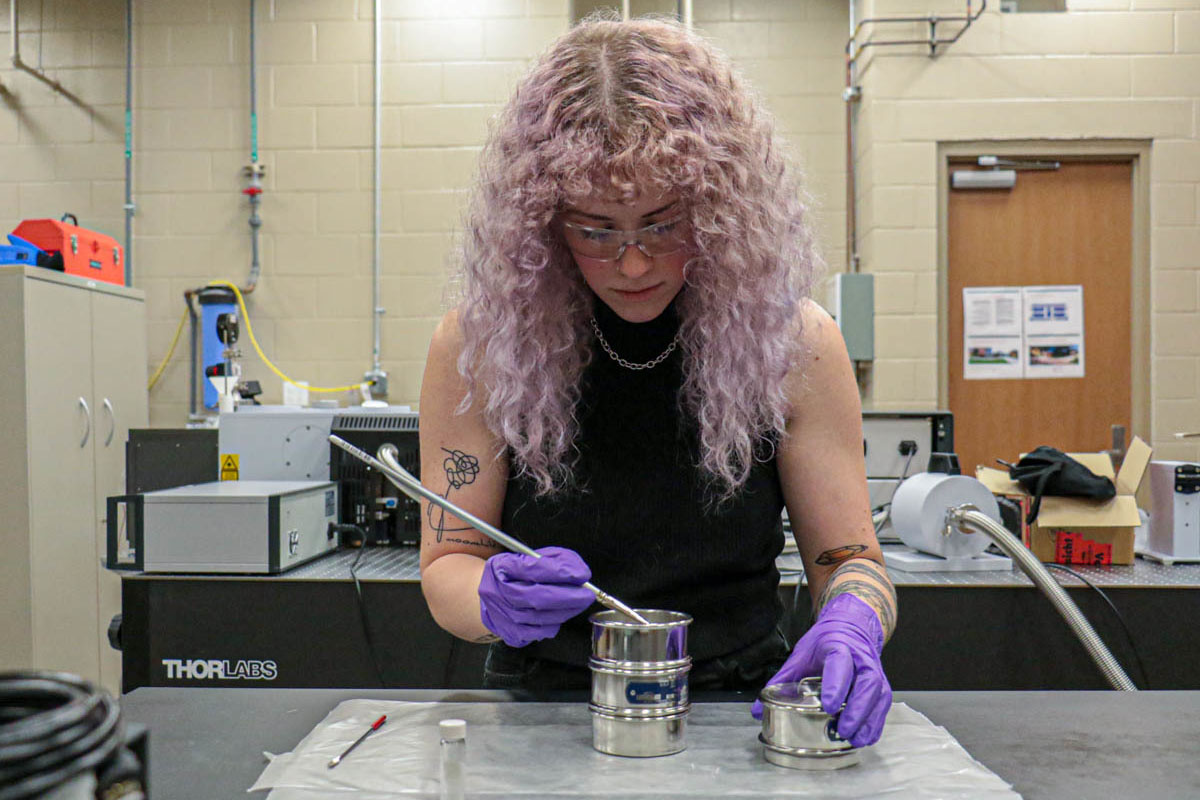 This Knight leaves no stone unturned, not even on the moon. Autumn Shackelford is a physics doctoral student studying planetary bodies without atmospheres. Specifically, she is looking at the surface composition of... 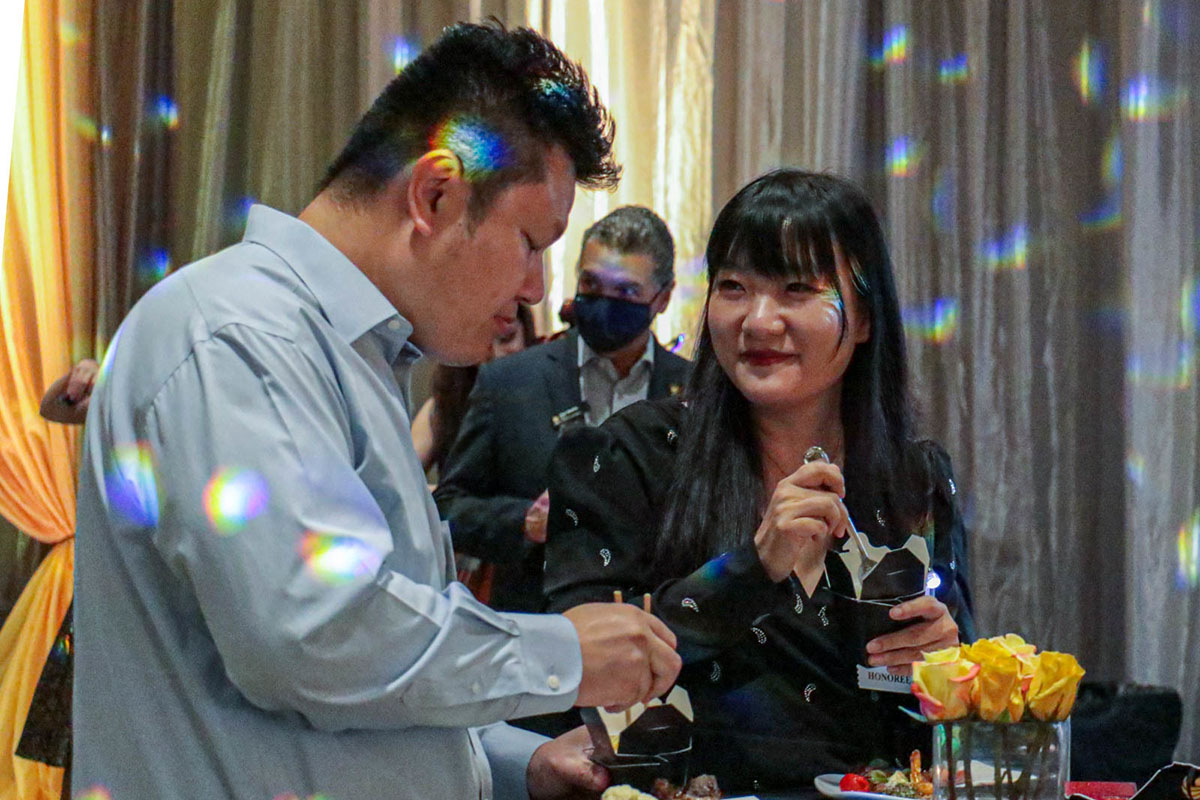 The UCF community celebrated the accomplishments of 15 exceptional faculty members at its annual Luminary Awards Night. UCF leadership lauded faculty members for being leaders in their fields and conducting...