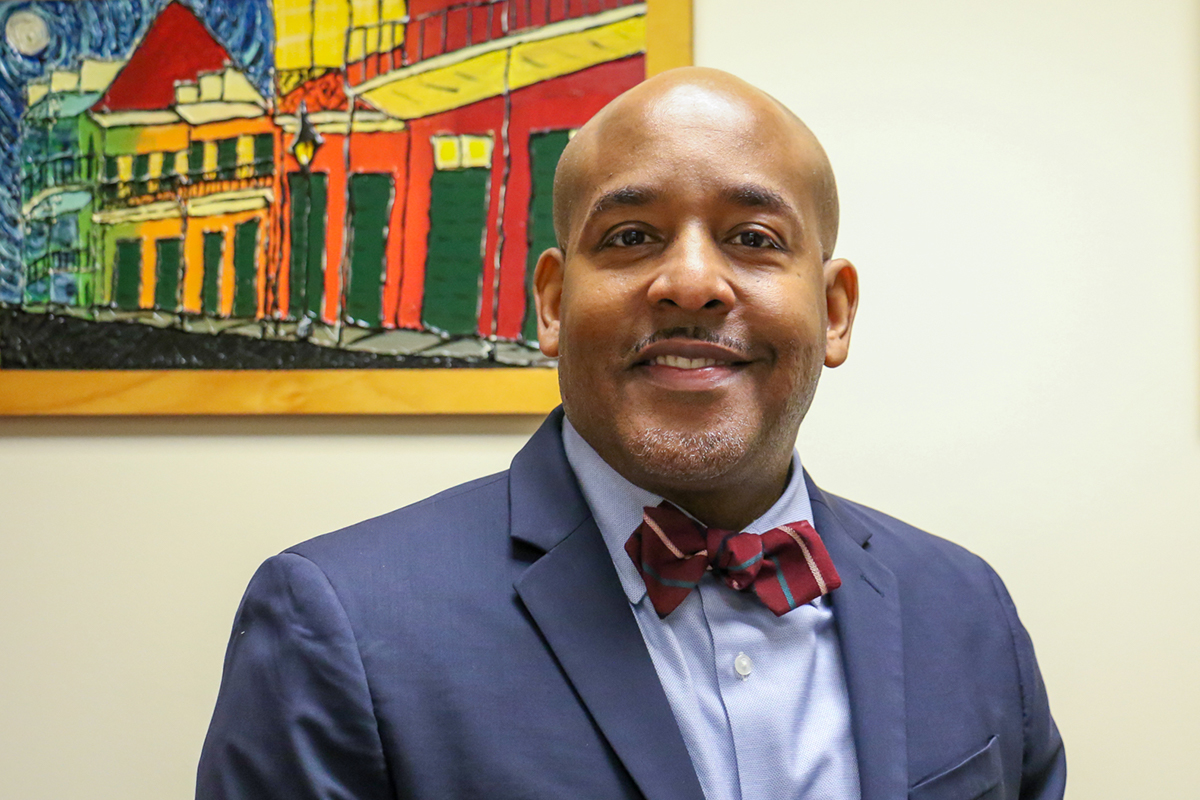 Racial biases can unconsciously shape school decisions that negatively impact minority students, but a new study co-authored by a University of Central Florida researcher offers a framework to help reduce those biases and improve student outcomes.

“It’s important because racial bias is an issue we’ve been dealing with as a nation for a very long time,” says study co-author Larry Walker, an assistant professor in UCF’s College of Community Innovation and Education. “And it’s important to provide educators with a tool to deconstruct this issue and also figure out how to address it.”

In the study, which was published in the Journal of School Health, the researchers focused on ways to reduce students’ trauma from racism in schools by identifying school-based stressors.

“If we understand how racial trauma happens, then we can improve students’ mental health,” Walker says.

This is important because there is an increasing suicide-attempt rate among black children and adolescents and high rates of anxiety and depression, says Dawn Henderson, lead author and a research associate in the Center for Faculty Excellence at the University of North Carolina-Chapel Hill.

“What happens in school can have serious implications on students’ self-concept, their future in education, and their overall health,” Henderson says.

Using reviews of literature on trauma, racial trauma, and race-related stressors, as well as interviews and surveys, the researchers identified types of racism at a large, system-level and also at a smaller, interpersonal level.

Large-level forces can lead to interpersonal acts such as alienation, discrimination, and violence toward black youth.

By understanding the harm these types of racist activities can do, the researchers hope educators can stop them before they occur.

For ameliorating racial violence, efforts could be made to ensure school resource officers are properly trained, such as avoiding arresting young, elementary children, Walker says.

“What we’re hoping is that researchers, teachers, and administrators can use this framework as a lens to look at the experiences of black youth,” Walker says. “There’s been a lot of conversation about some of these topics, but nothing for researchers or practitioners to use to see how these forces are seen by black youth.”

Co-authors of the study included Rachelle R. Barnes, an associate professor in the Department of Psychological Sciences at Winston-Salem State University; Alexis Lunsford, a graduate student in the Department of Psychology at North Carolina Central University; Christen Edwards, a graduate student in the Curry School of Education, University of Virginia; and Christopher Clark, a researcher at the University of Mississippi Medical Center.

Walker earned his doctorate of education from Morgan State University and joined UCF’s Department of Educational Leadership and Higher Education, part of UCF’s College of Community Innovation and Education, in 2019. He has served as a lecturer at Loyola University Maryland and held a faculty appointment at Howard University. Walker has nearly a decade of experience working in rural, urban and suburban school districts.

Makella Coudray is passionate about advocating for disadvantaged groups. “I personally like championing causes for those that society may overlook, and I try to do that through my work,” she...

A University of Central Florida researcher has developed technology that could prevent electric vehicle fires, like those caused by saltwater flooding from Hurricane Ian. The technology, an aqueous battery, replaces...

As high-profile launches like Artemis 1 have propelled public interest in space exploration, the stories that topped UCF’s Top 10 Research News list this year have reflected this renewed focus...

Establishing a moon base will be critical for the U.S. in the new space race and building safe and cost-effective landing pads for spacecraft to touch down there will be...