A new race to harness hypersonic speed for travel and defense has started, and the University of Central Florida researchers are helping the U.S. stay ahead of the pack with a new $1.5 million U.S. Department of Defense award to develop high-performance fuels for hypersonic propulsion.

The race, which includes competition from Russia and China, recently intensified when it was reported that China may have tested a nuclear-capable hypersonic missile in August. Hypersonic speeds are those that are Mach 5 and higher, or five times greater than the speed of sound.

The three-year award to UCF is one of 18 research projects the Department of Defense recently announced it was funding in order to advance the state of applied hypersonics research and build a hypersonics-focused scientific and industrial workforce.

The award is through the University Consortium for Applied Hypersonics, which operates under the Department of Defense’s Office of the Under Secretary of Defense for Research and Engineering’s Joint Hypersonics Transition Office and is administered by the Texas A&M Engineering Experiment Station.

The UCF project will explore high flammability and high energy-density solid fuels for ramjets and scramjets, both of which are engines designed for hypersonic propulsion. It will be led by Kareem Ahmed, an associate professor in UCF’s Department of Mechanical Engineering and an expert in hypersonic propulsion engineering. The project has also been boosted with additional funding from UCF’s recently announced Jump Start awards which invests in the UCF Ultra-High-Speed Flow Facility for Hypersonics and Space Propulsion.

The work is important because solid-fuel rocket systems are four to five times more fuel-efficient than liquid-propellant systems, meaning they can go farther for less cost and are safer to store.

The problem has been that solid fuel systems face significant challenges in low-pressure conditions that occur at high altitudes, such as unstable flames, blowouts, and adverse reaction flows, which reduce engine stability, Ahmed says.

To overcome this, Ahmed’s team will perform experiments to create new, advanced solid fuels that use outside air to help drive supersonic combustion in a scramjet, known as airbreathing propulsion, rather than carrying its own oxygen supply that’s mixed into the system like what’s used in rocket propellants.

Solid fuel compositions, such as aluminum-lithium based fuels, and advanced manufacturing techniques like field-assisted sintering technology that can achieve new compositions not previously obtained, will be explored to identify blend optimization for high altitude, hypersonic propulsion.

“This investigation will significantly accelerate the research and development efforts in hypersonics while advancing the scientific knowledge and training graduate students to maintain technological superiority,” Ahmed says. “The project leverages strong technical support and resources that have been provided by leading hypersonic industries that are developing high-speed air-breathing scramjet propulsion systems.”

Collaborators on the project include Steven Son, a professor of mechanical engineering with Purdue University, and Douglas Wolfe, a professor in the Department of Materials Science and Engineering at Pennsylvania State University. The research project will potentially include specific expertise from UCF Department of Mechanical and Aerospace Engineering faculty members Seetha Raghavan, Jayanta Kapat, and Michael Kinzel.

Ahmed joined UCF’s Department of Mechanical and Aerospace Engineering, part of UCF’s College of Engineering and Computer Science, in 2014. He is also a faculty member of the Center for Advanced Turbomachinery and Energy Research and the Florida Center for Advanced Aero-Propulsion. He served more than three years as a senior aero/thermo engineer at Pratt & Whitney military engines working on advanced engine programs and technologies. He also served as a faculty member at Old Dominion University and Florida State University. At UCF, he is leading research in propulsion and energy with applications for power generation and gas-turbine engines, propulsion-jet engines, hypersonics and fire safety, as well as research related to supernova science and COVID-19 transmission control. He earned his doctoral degree in mechanical engineering from the State University of New York at Buffalo. He is an American Institute of Aeronautics and Astronautics associate fellow and a U.S. Air Force Research Laboratory and Office of Naval Research faculty fellow. 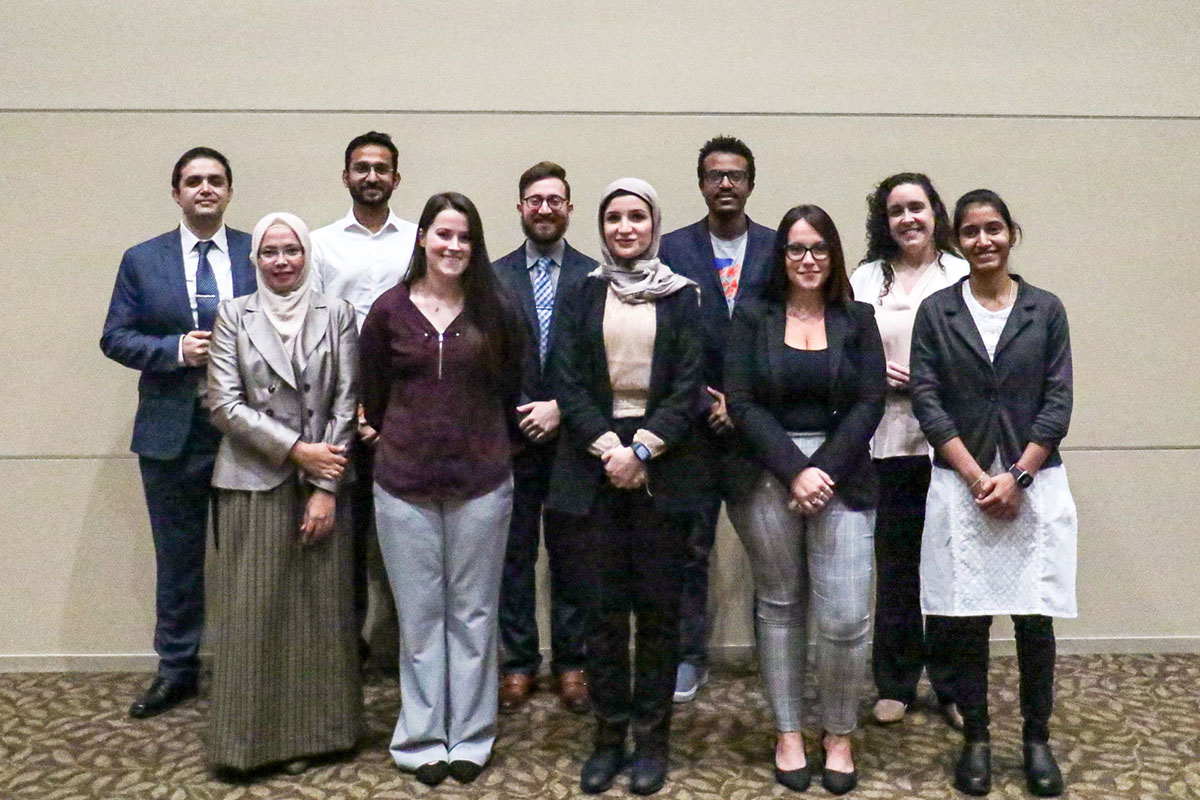 On November 17, three UCF PhD students walked away with a total of $2,000 in prize money from the Three Minute Thesis (3MT) competition. Winning speakers presented on the topics... 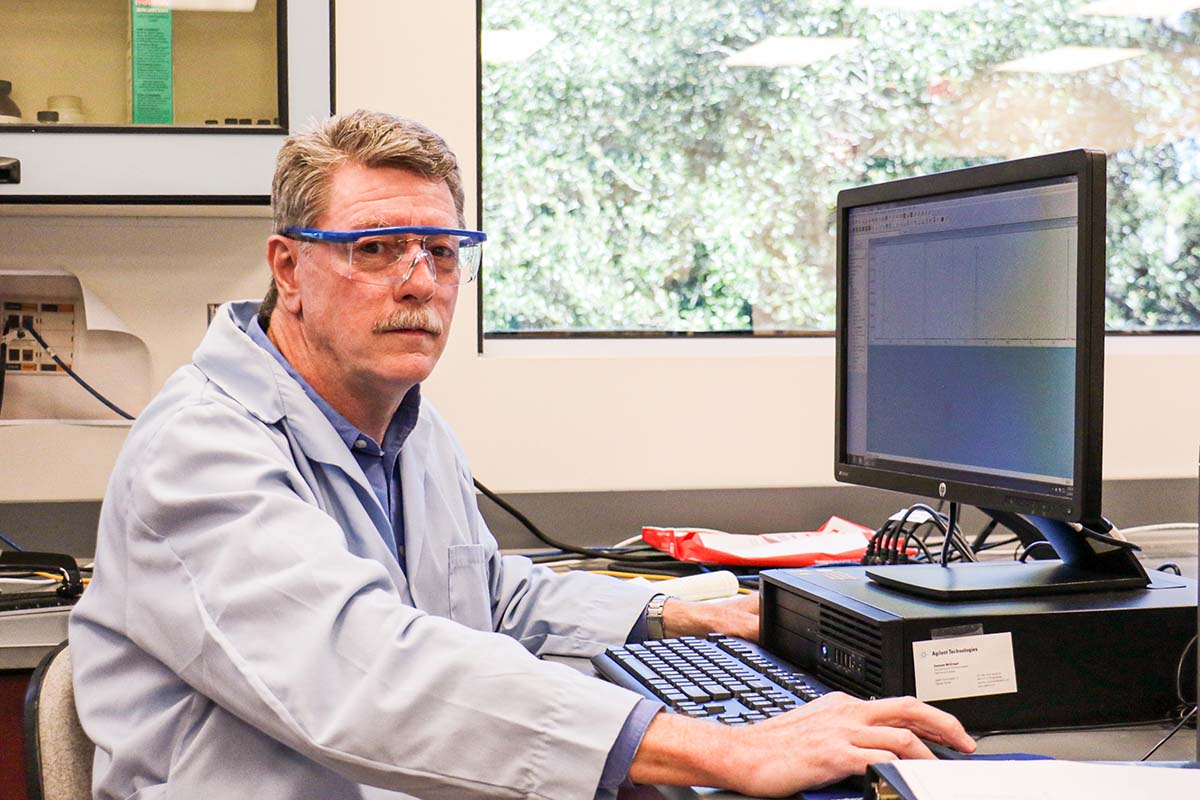 Chemistry Professor Michael Sigman, director of UCF’s National Center for Forensic Science (NCFS), will be presenting and leading a discussion at an international conference sponsored and hosted by VERIFIN, the Finnish Institute... 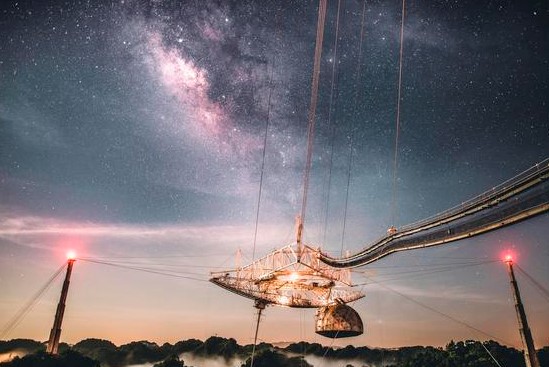 he Arecibo Observatory in Puerto Rico is debuting a documentary film on Dec. 1 — one year after the instrument platform of the world-famous 305-meter telescope collapsed. The film, The Biggest... 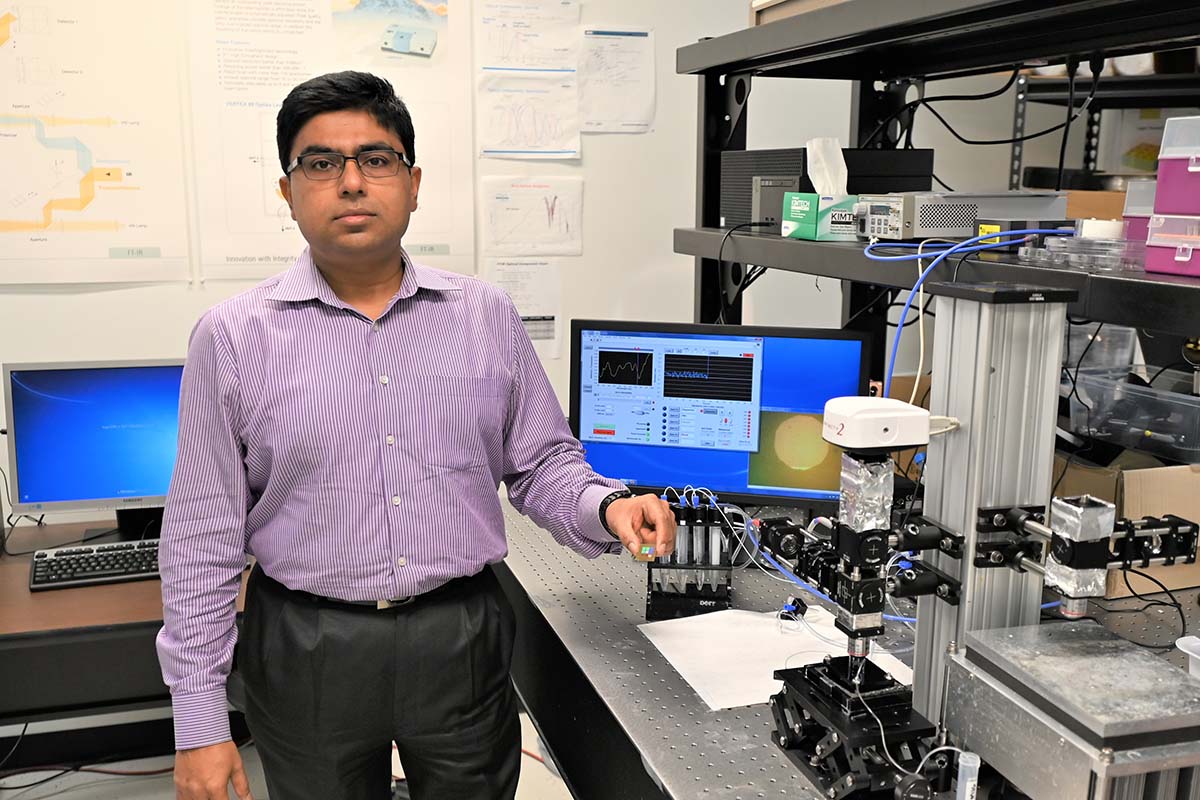 University of Central Florida researchers have developed a device that detects viruses like COVID-19 in the body as fast as and more accurately than current, commonly used rapid detection tests.... 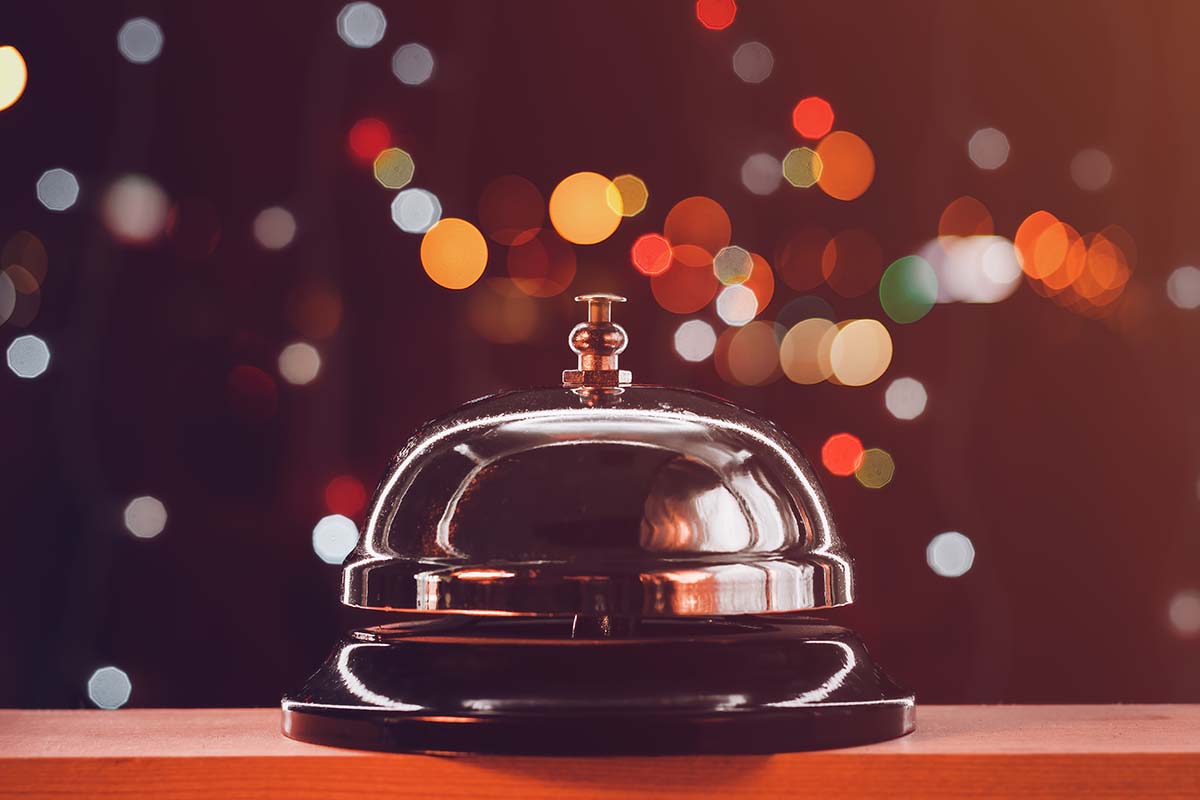 With the holiday travel season about to start in full swing and international travel restrictions lifted this month, Orlando is bracing for an influx of new visitors from all over....