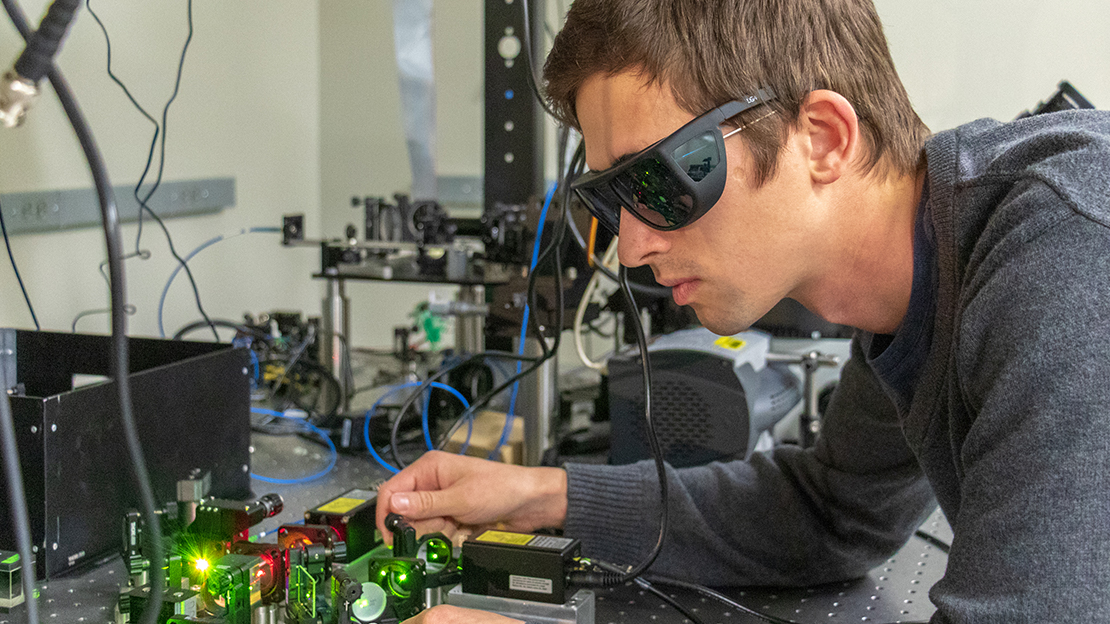 College of Optics and Photonics

Fluorescent microscopy to study proteins, with an emphasis on proteins related to neurodegenerative disorders such as Parkinson’s disease

A native of Philadelphia, Ben Croop is a Multidisciplinary Doctoral Fellow recipient and graduate of a doctoral degree in optics and photonics. Croop did a summer research program at UCF during the summer of his junior year of undergraduate and decided then to apply to UCF for graduate school. Croop’s research focused on using fluorescent microscopy to study proteins, with an emphasis on proteins related to neurodegenerative disorders such as Parkinson’s disease. Currently, there is no accurate method to diagnose these types of diseases, and so Croop says that their goal is to create a simple platform to help clinicians diagnose them quickly and accurately.

Croop’s favorite part of his program is the sense of community that a relatively small department has, saying, “It is really easy to bump into someone and have a conversation that distracts you from your work but in the best way possible.” He also says that having such a close-knit community means that everyone hears about the work being done by other research groups, which, Croop says, means that everyone learns from each other and ends up with a much broader understanding of the field.

Croop knows the value of a broad range of understanding from personal experience. His background ranges from materials science and characterization to photovoltaics and solar cell fabrication, and, now, optics and biomedical research. Despite not having taken a biology course since high school, Croop’s current research is heavily focused on biology. Croop states, “I have come to realize that at a certain point it does not really matter what your background is in, and as you start new work you will pick up the knowledge and tools you need.” 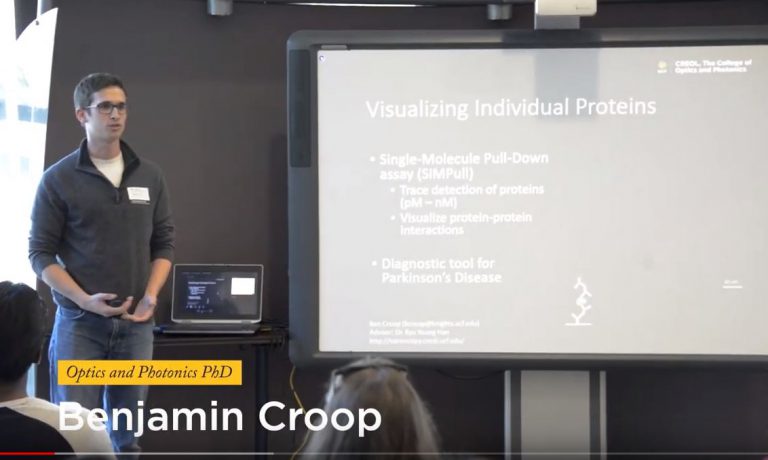