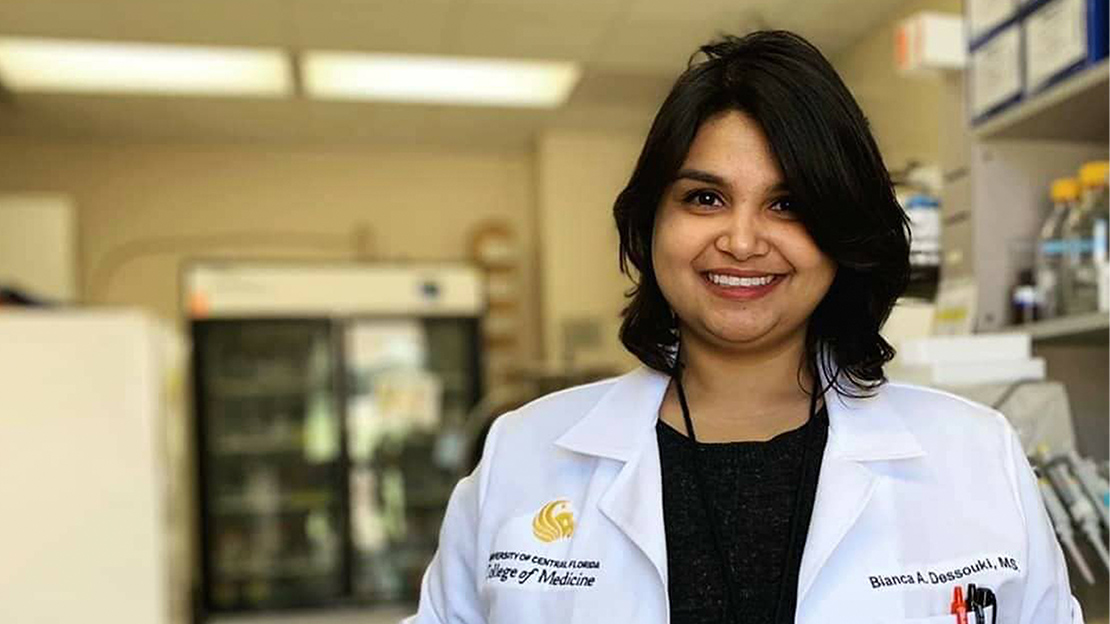 Ten years ago, Fatima Bianca Dessouki found herself in the middle of a political revolution in Egypt. Living amid unrest, she was surrounded by violence, looting, gunshots, homes broken into, and no police. “As soon as airports opened back up and were operational, I packed my things and moved to the United States to start my education and become a biomedical researcher,” she says. Dessouki first moved to New York, where she attended community college, earned her associate’s degree, and adapted to living in a new nation.

Determined to continue her education as a scientist, Dessouki made her way to UCF where she received her bachelor’s in Biomedical Sciences. To Dessouki, the programs offered at UCF pave the way for many opportunities after graduation, leaving her with many avenues to choose from as a career path (medical school, dental school, pharmacy, research, and more). “I’ve always loved science and wanted the option to choose once I became more educated in the subject,” she says. “Of course, I chose to research, to become a scientist, and joined the master’s program in Biotechnology.”

While earning her master’s degree, Dessouki is also focused on cancer research. Although chemotherapy has been an effective treatment for patients, there are great side effects including the toxicity of vital organs and systems in the body. She studies one chemotherapeutic drug, Doxorubicin (Dox), and its side effects on muscle toxicity to develop a therapeutic approach to lower muscle toxicity after Dox administration. Her research titled Stem Cell-Derived Exosomes Ameliorate Doxorubicin-Induced Muscle Toxicity through Counteracting Pyroptosis is published in the Pharmaceuticals MDPI journal.

Dessouki has also received other recognitions while at UCF including the Dean’s Academic Fellowship award for outstanding application (2018), a graduate presentation fellowship (2020) to present her work at Experimental Biology in San Diego, and has served as the vice president for the Biomedical Sciences Graduate Student Association (2019-2020). After graduation, she would like to move on to work for the Centers for Disease Control and Prevention (CDC).

Reflecting on the scientists who are the reason and inspiration for her pursuit of research, Dessouki says, “Especially during this pandemic, scientists working together to develop a vaccine is the entire reason why I wanted to become a scientist.” 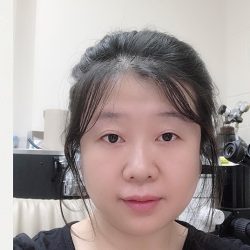 Since childhood, Jin Chen has been interested in biology and medicine. When she was very young, her grandfather became ill and was hospitalized for two years. The harrowing experience ultimately... 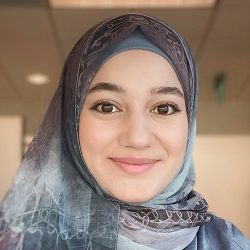 Sarah Noureddine never thought her academic journey would lead her to pursue a career in research. However, she was exposed to an entirely new branch of medicine by volunteering in... 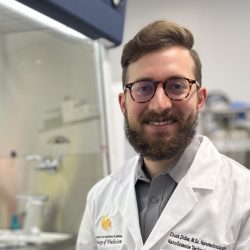 Charles Didier thought he would become a pastry chef; for most of his young life. His love of cooking and baking, and an artistic influence from his family, made the... 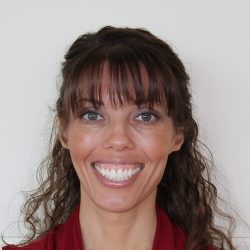 A love for learning is what drew Dr. Lindsay Taliaferro to the world of academia. She describes how she always enjoyed school, particularly when she started taking courses in Psychology...